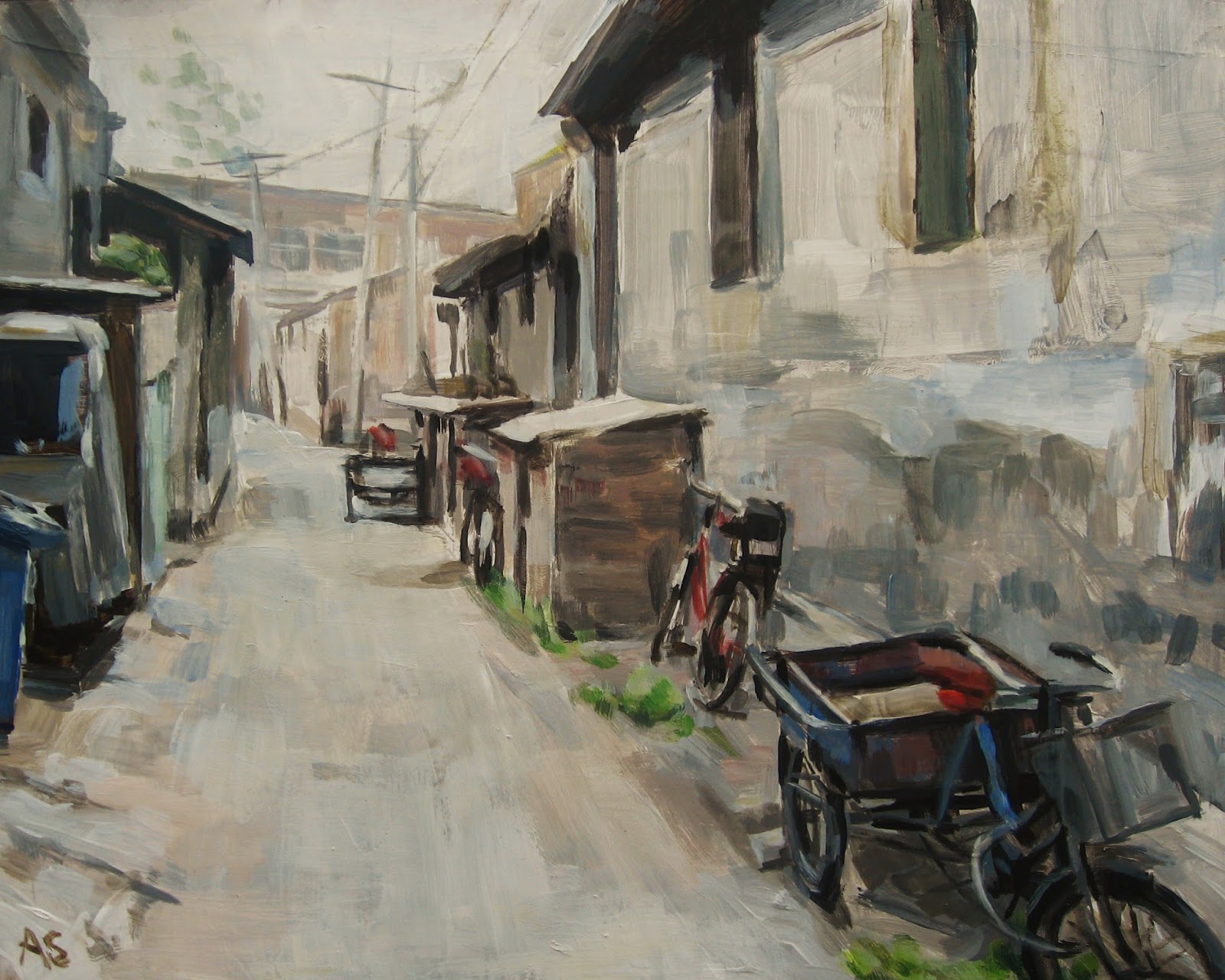 
My friend and her family moved to China due to a job transfer. Out of the many pictures she took, there was one of a Beijing alley, or hutong, that I wanted to paint.

Wikipedia:
"In Beijing, hutongs are alleys formed by lines of siheyuan, traditional courtyard residences.[1] Many neighbourhoods were formed by joining one siheyuan to another to form a hutong, and then joining one hutong to another. The word hutong is also used to refer to such neighbourhoods.
Since the mid-20th century, the number of Beijing hutongs has dropped dramatically as they are demolished to make way for new roads and buildings. More recently, some hutongs have been designated as protected areas in an attempt to preserve this aspect of Chinese cultural history."
There are many images available on hutongs through Google.

Music: my iPod
Posted by Annie Salness at 10:16 AM

This is such a beautiful painting.

Buy a print or note card of my artwork... 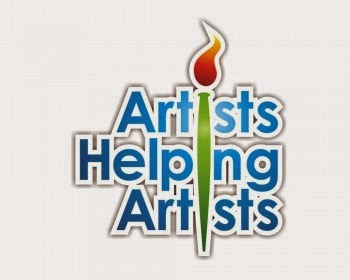 Join artist and marketing expert Leslie Saeta as she highlights way to sell your art.